THE DECISION OF THE ISRAELI COURT TO CLOSE THE DOOR 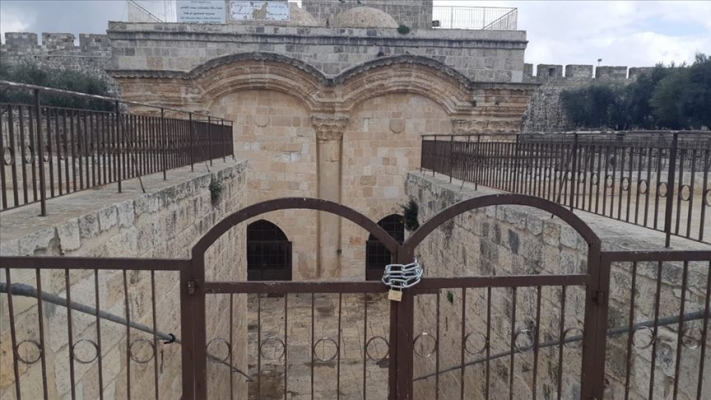 The Israeli court decided to temporarily close the Gate of Mercy on the eastern walls of Masjid al-Aqsa in occupied East Jerusalem. The jurisdiction of the Jerusalem Magistrate, Israel, ruled for a temporary closure of the gate until the trial of the Gate of Mercy was concluded.
The court also asked the Islamic Administration of Jerusalem to answer the case against the Mercy Gate within 60 days at the latest.
The Jerusalem Magistrates´ Court of Israel gave a deadline of one week to the Al-Qadr al-Aqsa Mosque to close to the Islamic Council of Islamic Foundations on March 5th. Sheikh Abdulazim Selheb, the head of the Jerusalem Islamic Foundations Council, in response to the Israeli Magistrate´s Court, who gave them a week-long notice for the re-closure of the Al-Aqsa Mosque, said, "We, as the Council, do not recognize the courts and decisions of Israel." had used the expression.
The Gate of Mercy
One of the most magnificent gates of the Masjid al-Aqsa Mosque, the inner side of the Mercy Gate, which was built by a wall, could be entered through a section in the courtyard of Harem-i Sharif until 2003. However, the Israeli police, the section entered the Gate of Mercy, in 2003, described as a terrorist "Palestinian illegal institution" was working with the allegations of "closed.
The Israeli police attacked the gate at the beginning of the staircase leading down to the Gate of Mercy, which has been closed since 2003, as a vur provocative step 17 by the Palestinians.
After the opening of the Gate of Mercy on February 22 by Sheikh Abdulazim Selheb, the President of the Islamic High Council of Islamic Foundations, Palestinians prayed here for the first time in 16 years.
AA
Share Tweet Share Pinit Send Send
© 2021, Burak Mukaddes Mekanları Tanıtma Ve Kültür Derneği