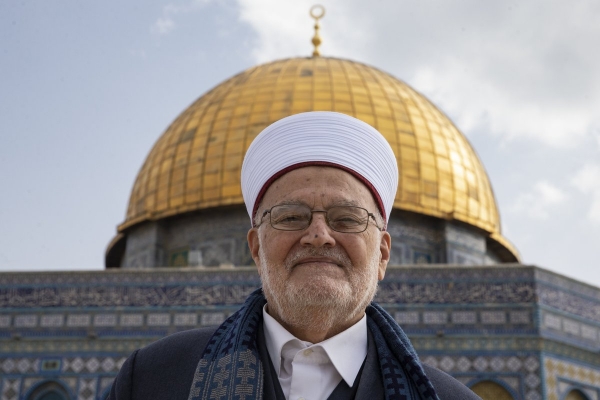 Israeli police tried to block the former Jerusalem-Palestinian Mufti Shaykh Ikrime Sabri, who wanted to enter the Al-Aqsa Mosque in occupied Jerusalem.
At the same time, the High Islamic Delegation in Jerusalem, Sheikh Sabri AA correspondent, said in a statement, the Al-Aqsa Mosque in the western Sinsile (from the Gate) Harem-i Sharif, while entering the recognition of the Israeli police recognized the identity of the temple was tried to prevent the entry into the temple, he said.
Shaykh Sabri said that he refused to show his identity to the police. "Although the mosque official told the police that I was the Sheikh İkrime Sabri, the police knew me but asked me to show my ID.
The police then gave up on the demand to see the identity of the mosque and said that the Hadith Sabri, "This is a clear arrogance. They are trying to insult the clergy. However, we will not allow it." he said.
The Masjid al-Aqsa, located in occupied Jerusalem, is the first Kiblah of Muslims.
The Jews carry out excavations with the allegations of the so-called "Temple of Solomon Shrine" under the Masjid al-Aqsa Complex, which includes the Qibla Mosque and the Kubbetuors Sahra Mosque, as well as museums, madrasas and the large courtyard. They also worship in the mosque he argues that they have rights.
AA 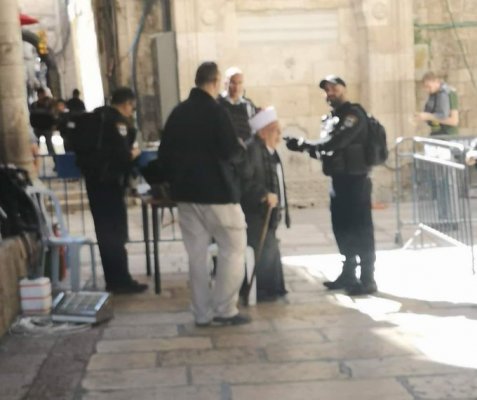